October 2003 Bike Of The Month 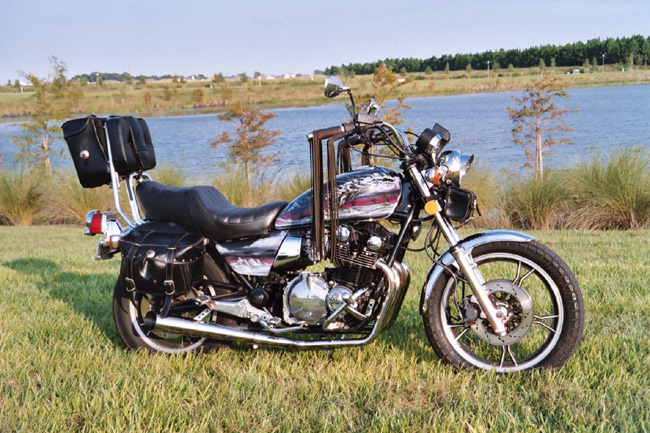 My wish came true when I met an artist named Andy Wright. We both work at Universal Studios and many people there told me to track him down and see what he could do. The man is a GENIUS! I gave him a few ideas for the "subject" of the bike and he ran with the idea. The airbrush creation that he came up with was better than I could have ever expected.

I did a few more modifications. I changed the old pipes out with a new set of MAC pipes and custom slip-on's. I figured I would go all out and had the carburetor re-jetted for straight pipes. I never realized just how nice a set of straights would sound on my GS. I also had the leather replaced and added the saddle bags. A few more accessories and the bike was ready.

This is the year! I can't wait for Daytona Bike Week! Finally I feel I have a ride that I can be proud to drive down main street!

Thanks GSResources!!! You guys are the best!