September 2003 Bike Of The Month 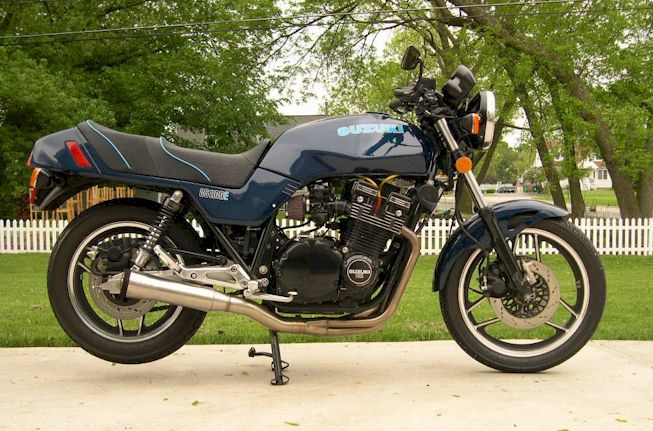 History of the bike:

My style has gone from pretty hard core sport riding to spirited sport-touring as I've gotten older. I have taken the California Superbike School twice, 1985 at Loudon, NH and 1987 at Mid-Ohio Raceway. I took the MSF Experienced Rider course in 1991 and plan on taking it again, hopefully this year. I've ridden about 80,000 street miles and have ridden in 35 States and 6 Canadien Provinces. Most of my riding has been solo but since 2000 most of it has been two-up.

I met my wife Cathy late in 1999. She lived near San Francisco and I lived near Chicago. I talked her into joining me on the AMA Conquer the Canyons tour in 2000. This was an 11 day tour of Arizona, Utah, Nevada, and California. We rode more than 2,200 miles. Since then she has joined me whenever she can. We got married on September 22, 2001. We also try to attend several motorcycle races a year.

This year we attended the Peoria TT and Springfield Mile AMA races. We hope to see some AMA roadracing this year, probably at Road America in Wisconsin. My other hobbies and interests include ice hockey (both playing and watching), working out, bicycling, downhill skiing, drinking beer, smoking cigars, NASCAR racing, being a wise-ass, and trying to laugh as much as possible. Cathy shares my interest in hockey and fitness and is also a serious SCUBA diver. We spent a week in Belize in December so she could do some excellent diving.