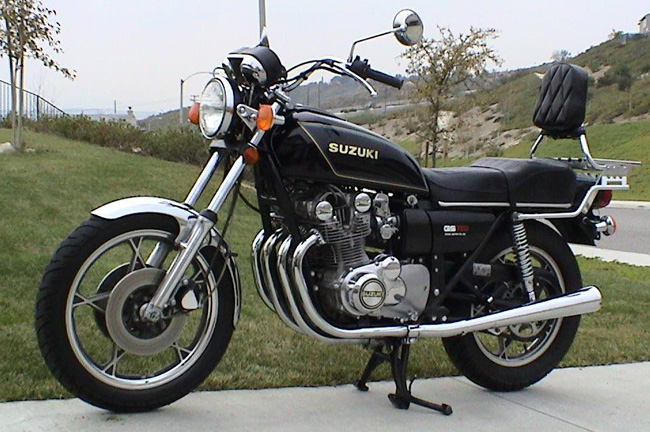 This is my 3 year old boy's future 1978 GS750E. I originally rolled one of these out of the dealership in 1978. Unfortunately I had to sell that one to pay for some college education.

Twelve years ago I found this bike one step away from the salvage yard. I bought it for $250.00 and I have gradually restored her to almost new condition.

I have tried to keep everything stock with the exception of the added electronic ignition and a bit of chrome. She has a new exhaust system, shocks, tank, seat, etc... Recently, Computrack in L.A. straightened and fine tuned the frame.

This bike runs and rides like brand new. Sunday cruises through the canyons near home are part of the weekend routine. I think she deserves to be featured in the photo of the month because she was at death's doorstep and now she is back on the road, tearing it up with the best of 'em.

There are newer and faster bikes out there, but none as fun as this old GS750 !