September 2004 Bike Of The Month 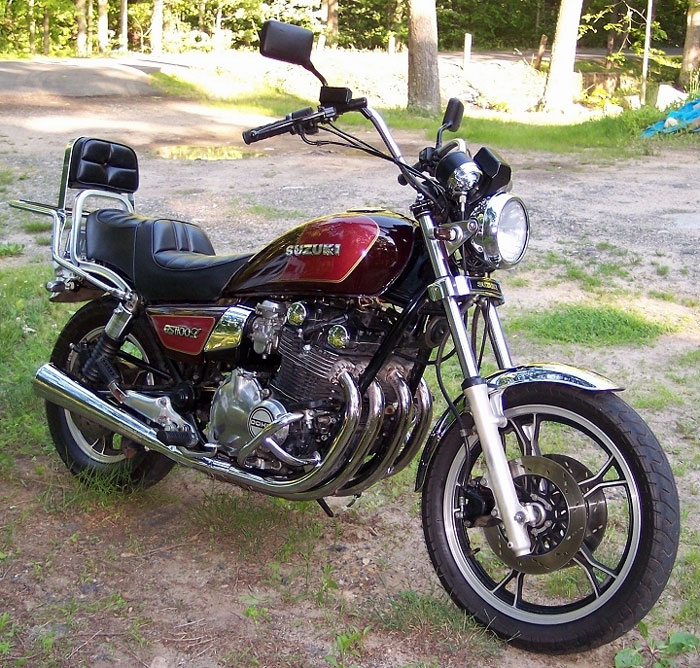 I started motorcycling back in 1966 when I was 14 years old on the farm, so I didn't need a license. I used to round up the milk and beef cows with a 1966 Yamaha 250. Sometimes they would try to round me up!

She and I have toured on the Gold Wing most of the New England states, and we still take many rides just for the fun of it. Fun is what motorcycling is all about. I worked for a power company here in Connecticut as an Overhead Electrical Line worker for 23 years, and the last 11 years there I would commute year round 38 miles one way to work on the Gold Wing - and it gets pretty cold in Connecticut! 76 miles every day in all kinds of weather year round - but it was great not being in a car.

The bike made the long commute tolerable because it was fun to drive. That's how I got the nickname Mad Max from my co-workers. They figured I was just plain nuts riding to work in 15 degree weather, or in the rain. I'm semi-retired now so I have more time to ride. I ran an old Velerex sidecar on the Gold Wing for a few years, but didn't like the handling after a while.

None of my bikes have ever been in a shop except for when I bring the wheels in for new tires. I do all maintenance and repairs myself and enjoy doing it.

The motor sounded tight, no major oil leaks, and it drove great except for those God awful handlebars. The charging circuit was dead but with the help of The GSResources Forum, it is now charging and running like a bear.

The only modifications done to it are a one size larger main jet size, a K&N air filter in the stock air box, and a Barnett Clutch. Spark plugs are a nice tan color like they should be. The bike can be scary fast or nice and sedate around town; it does it all.

I just picked up a set of Vetter saddlebags and a Vetter Windjammer fairing for it, both with mounts for this bike. If I was younger, I would leave it bare, but as I get older, I appreciate the wind protection and storage more. Of all the bikes I've had or ridden, the GS is my favorite and a keeper.