January 2006 Bike Of The Month 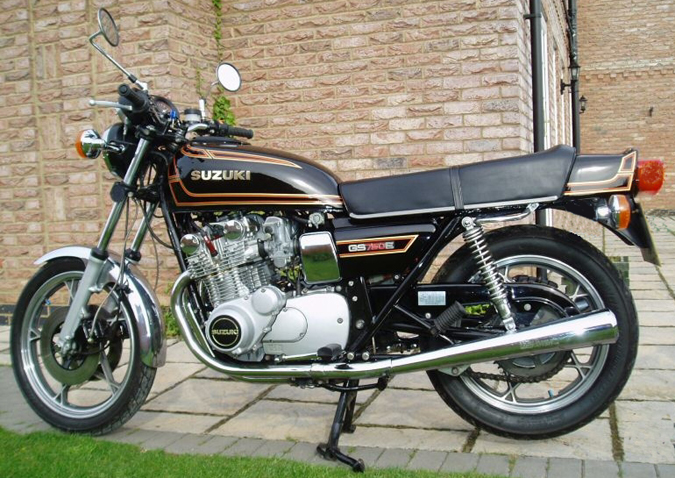 Bought new in June 1979 by Paul Rhynehart, this bike has only had 3 owners to date. Paul kept it until July of 2005 when it appeared on UK Ebay and was bought by Neal Rothwell . Neal only kept this almost immaculate bike until October 2005 when it once again hit Ebay. Having missed the first auction in July 2005, I then missed it in October 2005 because someone used the "buy it now" option - only for it to re-appear within 3 hours later because the buyer could not pay for it!

I hit the "buy it now" button within 3 minutes of it being re-listed!
Finally, on the third time of trying, I bought the bike.

I collected my new GS750 the following week - choosing to ride it the 128 miles home in temperatures of 10 degrees centigrade, mist and light
rain - oh, and in the dark! The bike never missed a beat, using the motorway (highway) all the way home at a steady 80 to 95 mph, with a final nip up to 110 over the last two or three miles

The bike now lives in my centrally-heated, carpeted garage, along with my Honda SP-1 (RC51) and Yamaha RD350 LC.