October 2006 Bike Of The Month 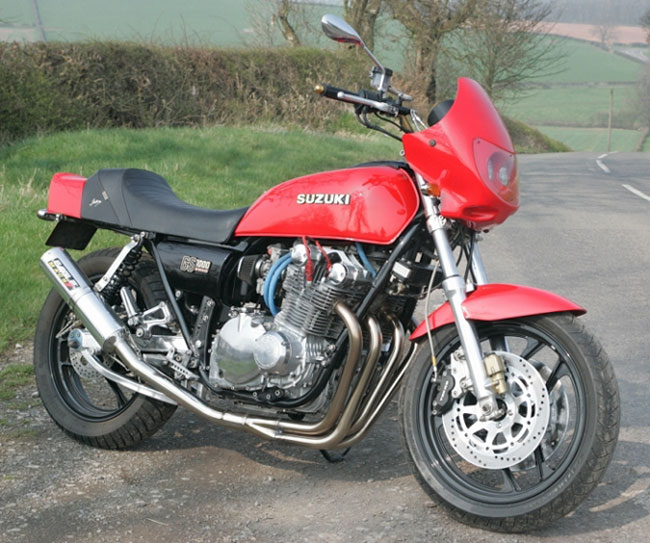 Here's a couple of pics of my GS which I would like to submit for GS of the month. I've had it nearly 10 years now, and it started off as a standard 1979 GS750.Its now fitted with a GS1000 engine, 1085cc Wiseco kit, Kent stage 1 cams, Mikuni RS36 flat slide carbs, Eagle pipe, oil cooler, Dyna ignition and Dyna coils.

The engine produces 110bhp at the back wheel. The chassis has been modified with GSXR1100 forks and wheels, a
Metmachex braced swingarm, and Tokico 4 pot calipers from a 2001 GSXR750.

There's a host of other mods too...spot the Kawasaki parts. The bike was featured last year in Classic Motorcycle Mechanics here in the UK, and journalist Chris Pearson expressed an interest in buying the bike! At the time, I didn't own the bike, having sold it a few months previously. Luckily, I saw sense, and the new owner agreed to sell it back to me. It goes and stops like a factory produced bike.

There are no glitches and everything works as it should. It starts on the button and runs smoothly (if a little impatiently) through town, but loves to clear its throat between 4,000 and 7,000rpm on open roads.|