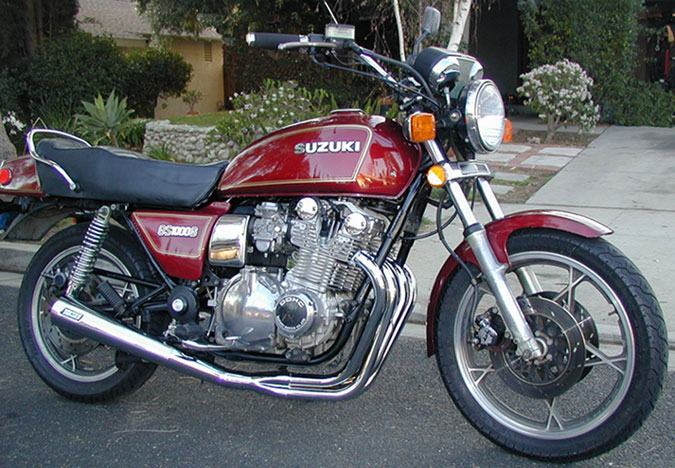 This is my 1981 Suzuki GS1000G. I am submitting it for consideration in the GS Resources "Bike of the Month" feature. I hope you guys like it as much as I do.

After taking a ten year break from riding motorcycles, I decided to get back into riding, and chose this 1981 GS-1000G as the first of 11 bikes now sitting in my garage. I purchased this bike 2 years ago and had to put considerable work into it to get it running right. I chose the GS-1000 because I test rode one in 1980 and was so impressed with it that I jumped at the chance to buy this one when I saw it advertised locally.

The bike currently has approximately 50K miles on it and is stock except for a Vance and Hines pipe. On a good day, it will lift the front wheel off the ground shifting into second.