October 2007 Bike Of The Month 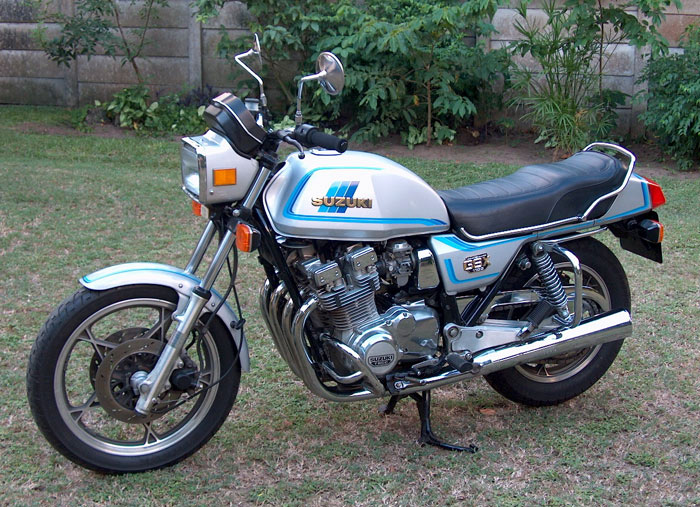 Firstly, thanks for a great website, its good to know there are so many other like-minded people out there who have such a fondness for these models of motorcycle.

As for my bike, its a 1982 GSX1100, and I have been waiting in anticipation for this year to come as my bike is now 25 years old, a milestone indeed.

I bought it in 2005 and it had done only 4500 miles, fully original, it had not been ridden for close to 2 years as the previous owner had passed away so it needed a good mechanic. Once I started it up, I realised just how fortunate I had been to have found this bike!

Since then I have done another 4500 miles, so in just under 2 years I have doubled the mileage that it has done in its previous lifetime. I have only had to change the rear tyre, otherwise it is as good as new!

It really is a pleasure to ride, as solid as a rock.