February 2007 Bike Of The Month 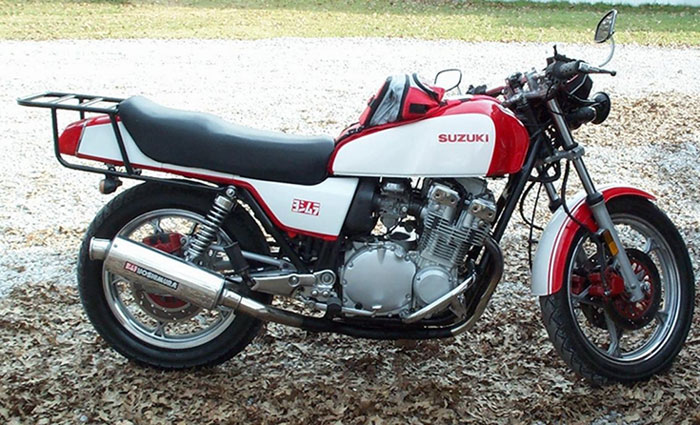 This is a 1981 GS750E I saved from a barn in June 2006. The bike had been sitting for several years and was the typical GS750 from the 80's full Vetter Windjammer package the high handle bars and sissy bar.

I actually flushed everything out rebuilt the carbs on site aired up the tires put a new battery in it and rode it home. Once home I spent the better part of the summer taking it apart and restoring it, replacing parts as needed, took all the Windjammer stuff off and, I built the header to fit the Yoshi RS-3 muffler.

Wanted a updated look but tried to keep it classic at the same time I came up with the red/white paint, and recovered the seat making it seamless and taking out the multi bindings, was able to get a little over 500 miles on it before it got cold and it runs great currently has 11k miles it.