October 2009 Bike Of The Month 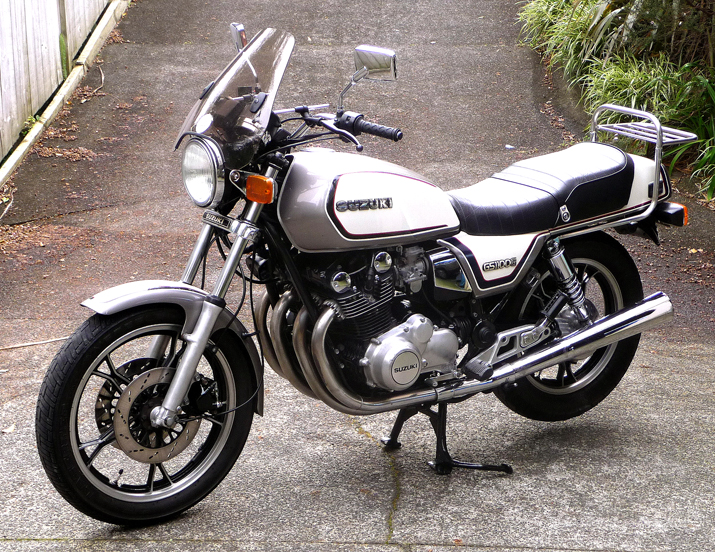 This is my 1985 8 valve GS1100G. I bought her a couple of years ago along with a parts bike which turned out to have the very next engine off the assembly line (sequential numbers) and the frame number was only one off being sequential. (What are the odds eh!).

Here in NZ the 8 valve models stayed on the market for longer than usual (hence the 1985 manufacture date. She was first registered in 1987 so is a bit younger than the average 8 valve 1100.

I know that my bike is not the pristine example that usually graces the BOM, but it has a rare factory paint scheme which I figured might be worthy of showing off. I have been slowly replacing damaged parts with parts sourced through the forum (GSR Rocks) and fleabay but still have the exhaust to do.

Regards, thanks and best wishes to all the GSR members & admin - you are all Aces !