November 2009 Bike Of The Month 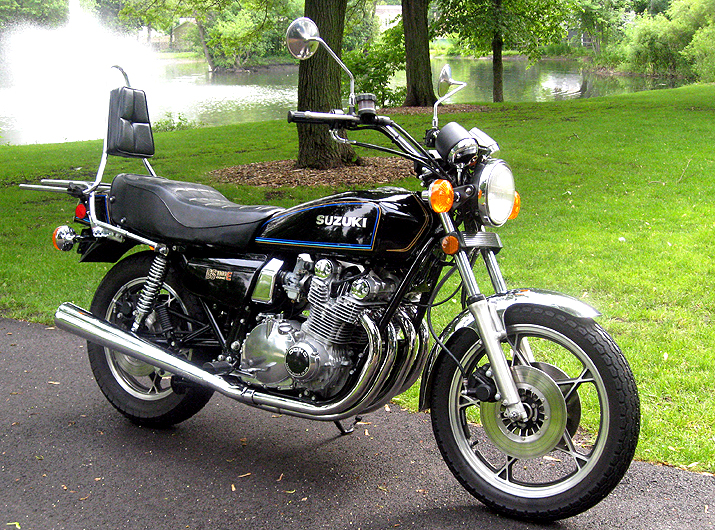 My 1979 Suzuki GS1000 started it's life in Buffalo New York as it was bought brand new by two brothers in 1979. The bike was kept in original condition and there weren't many miles put on it. One of the brothers moved to Ohio in 1994 and bought his share of the bike from the other brother.

It was garage kept for many years and eventually he decided to sell it in 2001 due to marital issues. When I saw the pictures of the bike I fell off my chair. It had 11,000 original miles.

He assured me there was none better in this original condition and when I arrived with a trailer to pick it up he was right! I have kept the bike in it's original condition only adding a sissy /luggage rack combo and new tires. Otherwise, this is an original GS1000 as it left the factory! Every time I ride it I go back in time to when I had my first GS1000! This bike is a time capsule and when people see it they can't help but look twice!

Thanks for the opportunity of allowing me to share my story!