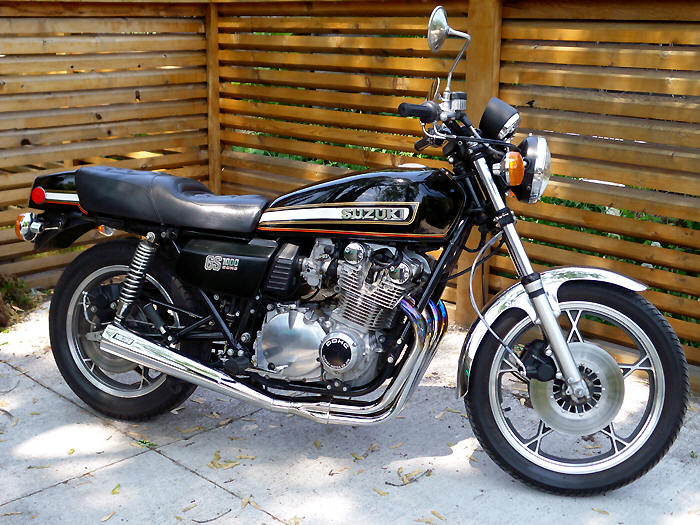 I am submitting a photo of my 1978 GS 1000. I am the second owner of this bike. it was originally owned by a man in Tennessee, who shortly after buying it, was rendered unable to ride it due to heart conditions. So it sat in his garage with 1200 original miles on it for 28 years. When he passed, his daughter listed it on eBay motors, but it was listed incorrectly. it was only my constant searching that led me to stumble upon this beauty for 800$. The ad only had one low quality picture, and a very minimal description, a bit of a crap shoot, but when it arrived... what a steal!

It came with a big plastic windscreen attached which was removed immediately. the tank was re coated, and the seat re-covered. all the brake lines were changed over to braided, and the stock exhaust system was replaced with a Vance and Hines four into one street megaphone system, sounds mean.