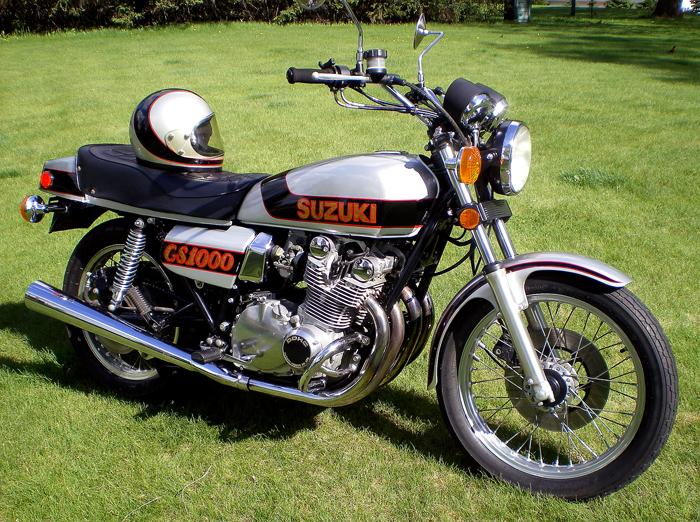 This may very well be the only known surviving limited edition cycle from that sweepstakes during the summer of 1979 and the original Terry Vance painted Bell full face helmet has remained with the cycle all of these years. Val Edwards was 52 years old back in 1979 when she was awarded this sweepstakes cycle at the Engelhart Sports Center in Madison, WI and she accumulated less than 6,700 miles total on this immaculate unmolested survivor. Everything about the bike is original mint condition 1979 Suzuki OEM quality. Only the grips and tires are non-OEM and the mechanic who originally prepped the prize cycle at Engelhart during the summer of '79 has verified its authenticity.

The original mechanic told Bryan that the cycle arrived from Suzuki as an original GS1000C and an additional set of tank, fenders, side covers and Bell full face helmet were painted at Terry Vance's shop to match his then current Pro Stock paint scheme and shipped directly to the Engelhart Sports Center where they were installed. All of the gold leaf and red striping were hand painted by a Terry Vance employee. I've had the opportunity to ride the bike and it feels absolutely new and tight and it left a huge grin on my face too!