October 2012 Bike Of The Month 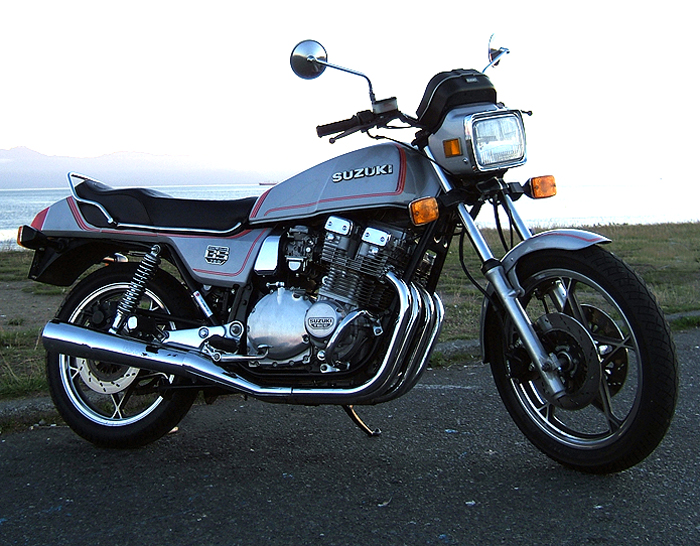 As a kid I owned mini bikes then dirt bikes then motocross bikes. When I turned 16 I bought a 1982 Katana 550 I learned a lot on that bike! I soon wanted something a bit bigger though and in 1984 I bought a brand new 1983 GS750E it was burgundy and black with a quarter fairing and 16 inch front wheel.

The bike had been ordered in my local Suzuki shop by a kid I knew whose parents won 3 million in the lottery after he had ordered the bike. They told him they would let him buy any car he wanted but only if he promised he wouldn't buy the bike. So I bought the bike for $3400. My cousin who inspired to get into bike at an early age co-signed the loan to get the bike. He is ten years older then me and made the promise to my dad that he would do this because my dad co-signed for his first bike at 16.

When I drove my bike home from the shop it started to snow being March in Ontario Canada not a big surprise. I soon got a job that I needed a car and not having much money I had to sell it. Well that was 25 years ago. I'm 45 now and could finally get another bike.

I wanted a 750 from my youth and after looking a long time I found this 1980 GS750E. I bought it from the original owner who is 69 years old. He had not rode it much in the last 10 years and it only had 28000km (17000mi) on it. And he took very good care of it! I have put tires, plugs, the lower bars came with it but I do have the stock bars too. It is so great great to be a motorcycle owner again!! Well worth the wait!