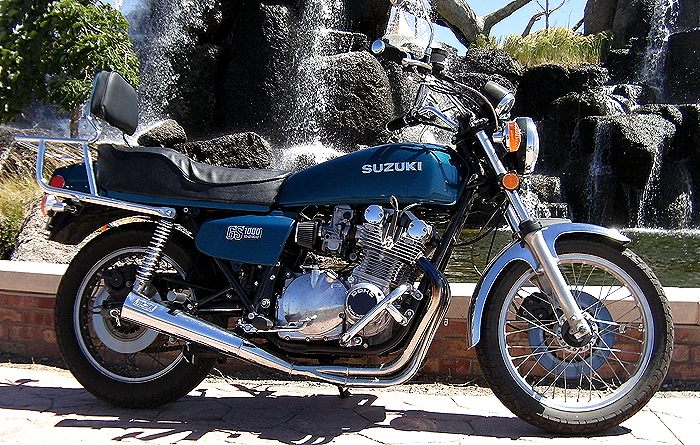 This is my 1978 GS1000. I am effectively the second owner of this exceptional motorcycle. The first owner purchased it from the showroom floor here in Idaho Falls, ID. He drove it every day that he could. Mostly in the summer as our winters are very long. In 2006, he had the engine completely rebuilt and made an 1100.

Sadly, he died the following year. The bike was passed to his son-in-law, a good friend of mine, who already had a bullet bike. He wasn't much for older road bikes, so it sat in garage until I purchased it in 2010. I replaced the factory exhaust with Vance & Hynes, replaced factory air intake with K&N pods, had it painted, and replaced the seat cover. I also added the back rest/luggage rack. My wife said she wouldn't ride with me without one.