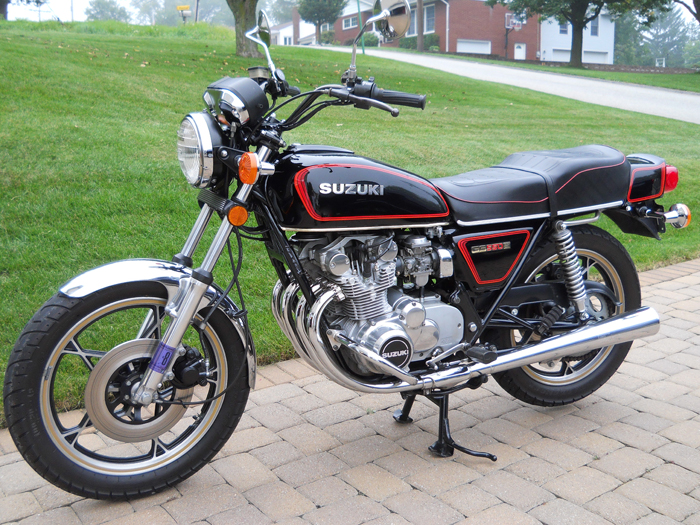 Here is my 1980 Suzuki GS550ET that I've owned for about 6 years. I bought it from a local fellow who had previously owned a Suzuki dealership.

The bike was fairly nice when I got it, but I've refinished the forks and added a set of engine case bars. I like original bikes, and am proud to say this bike still has its factory paint, (which only needed a good buffing), factory striping, as well as the original pipes which have never discolored, even though the bike has a bit over 13,000 miles on it. I like the way the instruments are at eye level and appreciate the gear indicator.

Not long after I got it, I wanted to see what red piping on the seat would look like, so I just used some pin-striping tape to get the temporary effect, but the tape has stuck so well, I've never removed it!

My bike is an everyday rider, and gets many looks and lots of compliments from other riders.