January 2013 Bike Of The Month 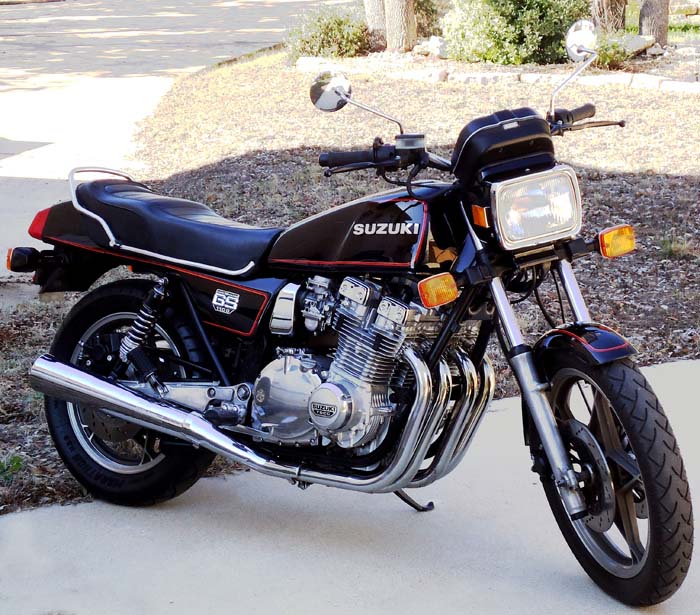 I had a chance to keep it 100% stock but decided I'm never selling it anyway so I went with what I wanted. It is stock with the exception of:

New paint by Mathias Fobian. Note the orange/red stripes are airbrushed under the clear coat as opposed to the factory pressed on decals. Looks fantastic. The picture doesn't really capture the quality of the paint job or its beauty. The orange and red junctions blend so well there are no definitive lines.

Aftermarket rear shocks which look and work better than original.

140 MPH speedo from a 1980 GSX1100 I picked up from the UK. For anyone out there with an 85MPH speedo, shop in the UK. They have gauge faces with both MPH and KPH dials unlike most of the English speaking world.

Since I live in Texas, I've continually toyed with the idea of an oil cooler but haven't ever come across a viable solution. Any thoughts?