December 2013 Bike Of The Month 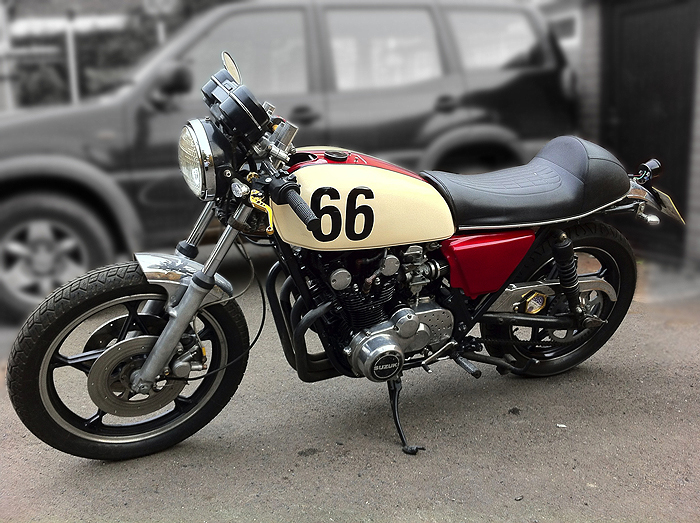 He said he'd made a loss on this bike but was happy that he had some funds/space for his next project. It was a good runner, needed a bit of work for MOT test, but I was happy. It has been my intension to have an older bike for some time as a lot of my friends have Velos, Guzzis, Panthers, Nortons and Triumphs. I can't afford any of those, so looked into something Japanese. My first ever "proper bike" was a GT200 X5 in 1992 so thought a Suzuki would have some nostalgia for me, and everyone has Honda CBs.

Really lovely to ride, put 600 miles on her since I got her a few months ago. I have replaced all the tatty bits including headlight brackets, indicators, switch gear, gear/brake levers, master cylinder, seat etc.

Not sure what the mileage is on it as the previous owner put Hesketh V1000 clocks on it which had zero miles. I have a Millar style rear light with a home made bracket.

I love the old Manx Nortons and Hailwood/Agostini cafe racers so I changed the styling a bit to make it look more retro racer. Despite the clip ons and lowered forks she still handles really well.