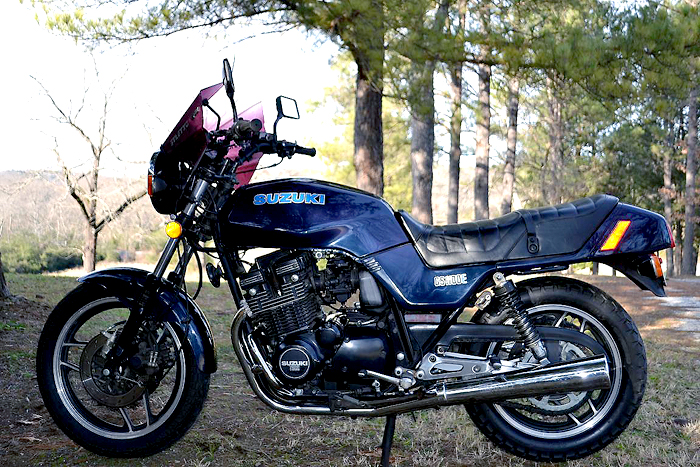 GSResources member Paul Caple here with my submission for Bike of the Month. What a better way to start the new year than with a bike that turns 30 but still runs as strong as ever, my 1983 GS1100ED.

First learned about the bike being for sale in the state newspaper Spring of 92. Rode my "little" Honda CB400T to the owners residence to look at the bike. It only had 3300 miles plus or minus a few. After a test ride I knew I wanted it. The power was unbelievable. Went home and proceeded to discuss a price on the phone with the owner. Can't remember what he was asking but we eventually agreed to $1650. Funny thing is that is what I paid for the 400 new in 1980.

The bike has been great the 21 years I've owned it. As long as the battery is fully charged, it usually starts right up. Installed a very little used exhaust system a few years ago. Other than the windshield and one tooth larger front sprocket, the bike is completely stock. The bike has been very reliable and has never left me stranded. About the only major work I had to do was replace the rollers in the centrifugal starter clutch. Other than that, just routine maintenance. Took it on a 1200 mile, two day trip in June 2011 riding the Natchez Trace Parkway. Never missed a beat.

Thank you for your consideration,
Paul Caple