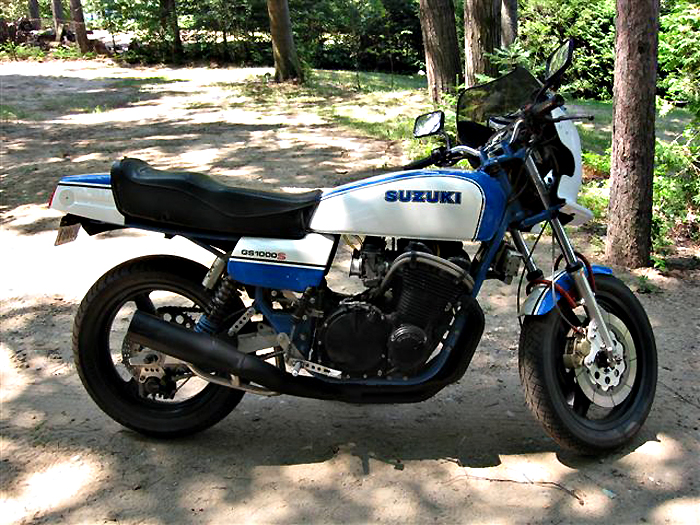 This was apparently raced in the early 80's Super Bike Nationals in Canada.

Don't know much about it other than it is highly modified and goes very, very fast until the battery dies.

Most of the parts are race ready replacements other than the frame.

It doesn't have a VIN number - must have been grinded down for the oil cooler.

Need some direction on stator and regulator upgrades as this bike eats batteries.