January 2015 Bike Of The Month 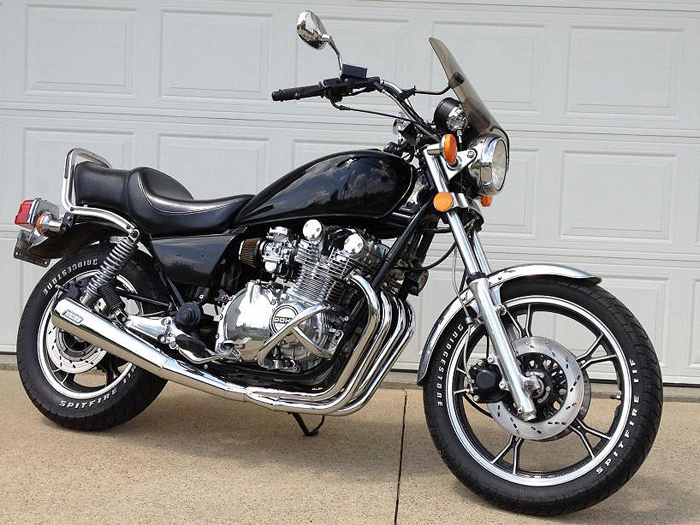 My 1982 GS850GL has been a labor of love from the first day I brought it home. A friend and coworker bought it locally from a soldier at Ft. Campbell, KY (101st Airborne) and rode it for a year. He then sold it to another friend and coworker who had it for 28 days before selling it to me. He needed something more user friendly. Push button and ride.

True to its bulletproof DNA the GL ran fairly well, but had rust, oil leaks, electrical, carb, and "styling" issues. It had been "ridden hard and put up wet" for a number of years. I cleaned it up, tinkered with it and rode for a few months before doing a frame up restoration. I enjoyed taking my time and doing everything to the best of my ability. Of course my ability was broadened by the ever helpful and generous members of The GSResources. I really couldn't have done it without the guys on the forum.

When I first bought the bike a guy called it a "beater". I'm glad to say though, after some elbow grease, that she's now a beauty. I love the parking lot and gas station conversations these days. "Hey, nice Suzuki! What year is that?"

....and all I have to do now is push the button and ride.