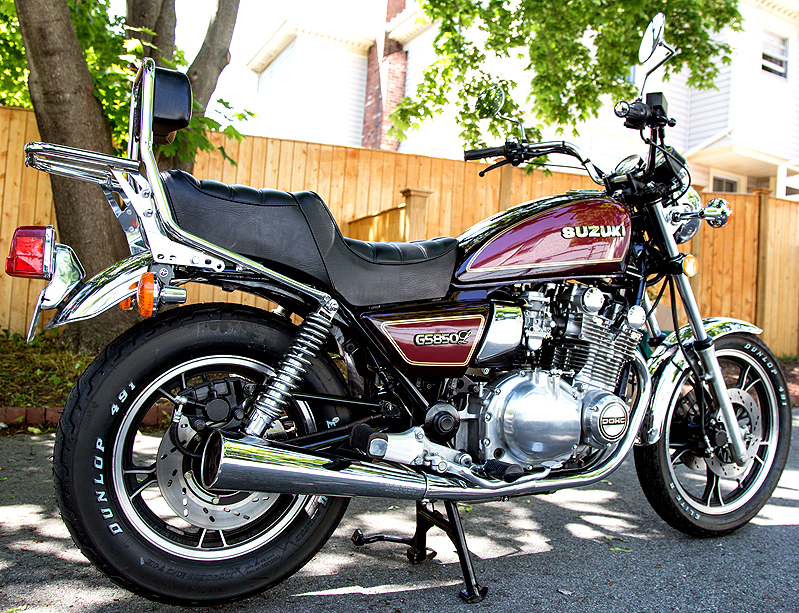 I just wanted to submit some images of my love GS for consideration of your bike of the month page. Here's some info on the bike:

I purchased the bike from a gent in Nevada, which belonged to his late father. The bike was only ridden when it was first bought in 1983 for a few hundred miles, and then was put in storage for 30 years as the family moved from Chicago to Nevada. There it lay all this time unused, untouched and in its showroom state. When the father passed away, the family decided to sell some of the items and I managed to stumble upon the bike. From its storage to the sale, it had its tires replaced, carbs re-done and had a new battery. It currently only has 482 miles! And it is still in that full original showroom state...which I plan to keep it in.