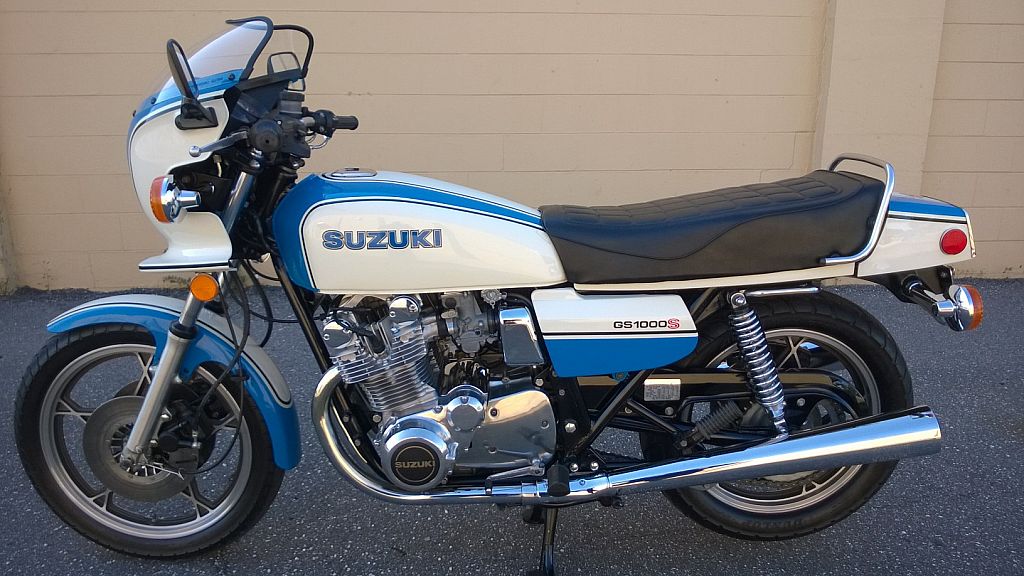 After Selling My 1979 GS1000S due to Activation for military duty 1990 in support of Operation Desert Shield and Desert Storm and financial difficulty I decided to sell my bike after 10 years of uneventful riding.By uneventful,meaning no problems at all. I had put on a 4 into 1 pipe on it. After about a year past a slow regret set in. My finances were getting straight and I began to miss my bike. Got a new job with a good pension and serving in the Air Force Reserve simultaneously. 2001 9-11 happened. I was there. I saw it, responded to it and was again involved with that situation. I retired from the Air Force and NYPD in 2010 and moved to Florida. After 25 years I found a Wes Cooley GS1000S. It was stunning, much like my original. I paid a pretty penny but I am whole again. Now if only I can convince my wife to let me park it in my living room on a rotisserie, I can die a happy man.