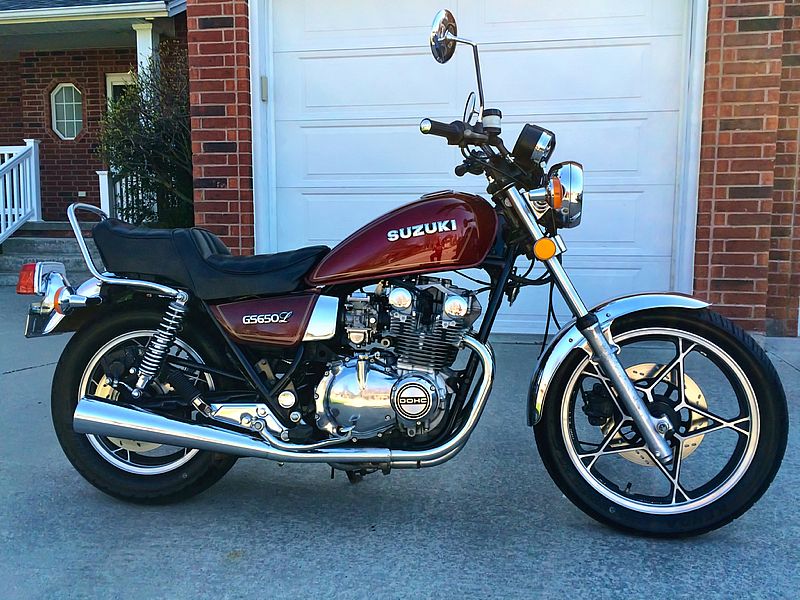 This is another barn find. It belonged to my Uncle, who was the second owner. He purchased it in 1989 and used it for a couple of years. It then sat in his barn in the Ottawa area until I brought it home to Essex in 2014. It hadn't run since 1993 and still had that old gas in the tank. All things considered it was in pretty good shape and all original. It cleaned up well and, after all the routine maintenance due a 35 year old bike, now looks and runs like new. I added Daytona bars, a new R/R, new tires and new brake lines. Other than that it remains original. I get lots of looks and compliments when out riding. It's a great bike and, because it was a gift from my Uncle, I'll be keeping it for a long time.