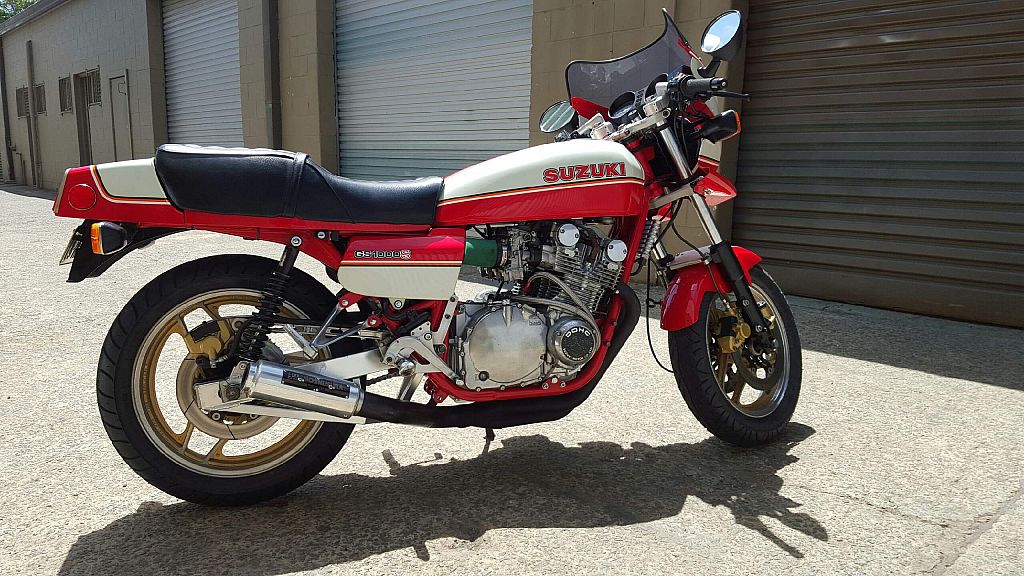 After too many years of procrastinating and half arsed attempts at doing justice to the only road bike Iv'e ever owned, I finally put the effort and the countless hours into a complete restoration of my GS 1000ST.

I bought the bike off my older brother 1 year after he had bought it new, so it's been in the family now for 36 years.

There's quite a few mods which would fill three pages so I'll leave it for another time, but those with a keen eye will be able to pick some from the photo.

It's completely original in the tank, fairing, seat, duck-tail, blinkers and instruments. The engine has been blue printed with the crank trued and balanced after 5 new roller bearings fitted. Crank pins were welded to prevent any movement under high revs. A factory swing arm and a pair of factory Kayaba shocks a long with a host of other mods take care of the rear. A factory Yoshimura exhaust helps the Mikuni 38 flat slides do their job and an oil cooler from a Honda VF1000R keeps it all cool.

My decision to install a Suzuki GS1000 EFE front end with the 16" front wheel receives a few comments, but with a good front fork set up it works brilliantly. The brakes are also a vast improvement on original.

I have finally given the bike what it deserves I think?