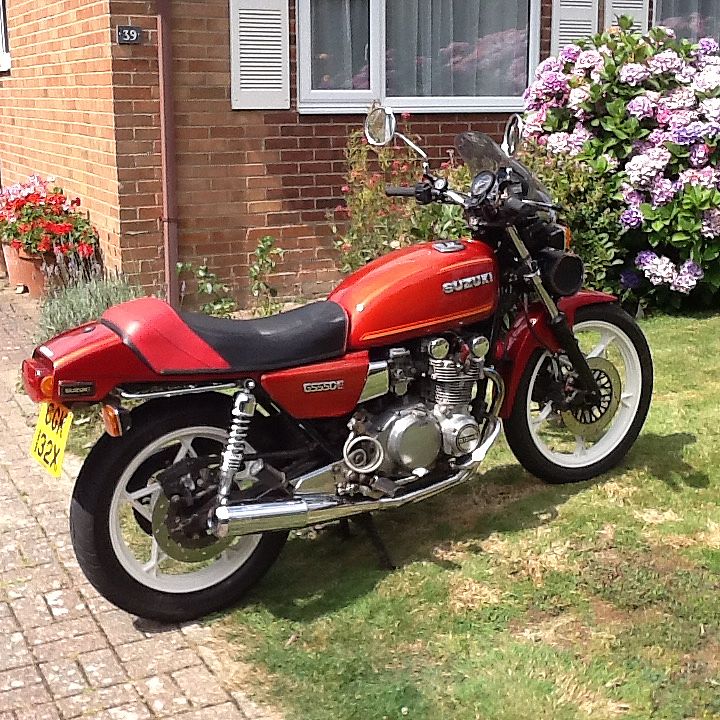 I purchased this bike in 1986 and used it on and off over some years until I moved house in 1997 and with no garage at the time, put the bike in the greenhouse where it stayed for the next 15 years. Then I was forced to give up my work due to medical problems in 2012. After major surgery I lay in bed wondering what I could do as I could not return to work. It then came to me.....what about getting the old bike re commissioned and put back on the road so this is just what I did. What freedom this old bike has given me over the years and now after my second operation I am waiting to get back on the road this July. I have spent a lot on her over the years with just about everything replaced. Now just passed 30000 miles. Has jumped out of second gear at high revs since purchased and still does but I don't care as I can control this by avoiding a certain high rev limit. Otherwise all is well with her. Hope you like her.