How did The GSResources get started? 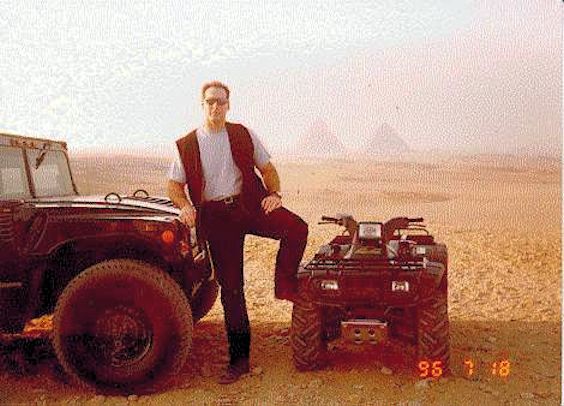 The GSResources started in 1995 as a hobby website (gsresources.com) by Mark Cooper while he was in college. He had purchased a Suzuki GS which was suffering from the famed stator problem and he needed help in diagnosing and fixing it. So Mark started a small website for GS motorcycles on the college computer system. During that time Peter Huppertz starting giving him a hand in doing some of the website coding and provided assistance with site content, as well as helping with the stator issues.

After Mark got his college degree he no longer had the time to run the site and with his leaving college, the website needed to be moved to another server. Peter then moved the website over to servers in the Netherlands and he took on the duties of Editor-in-Chief. Peter got hold of a friend whom he met in college, Ritzo Muntinga. Ritzo was an electrical engineer and together they worked in diagnosing the stator problem. In fact, because of demand, Ritzo formed a new company Electrex, which sold replacement stators and rectifiers for Suzuki GS's. At that time, Ritzo supported the site by paying the web hosting bill and in exchange The GSResources had banner ads for Electrex on the website. Eventually Peter moved the site from an outside webhost to company servers where he was working at in Holland.

In 1999, Bill Chandler and Frank Perreault contacted Peter about helping out with handling some of the website duties since it looked like Peter was getting tied up with his job. They both took over the Technical section since that was the section that was getting the most email requests. There was no forum at that time and when questions were received by email, a webpage was created and the answers were then placed on the page. It was all done by hand and it took a lot of time and effort to maintain the website back then.

In 2001, Peter disappeared. There was no word from him and then Frank got a notice that the site needed to be moved off of Peter's work servers ASAP. At that point Bill decided to leave The GSResources and Frank decided to take over the website. What followed was 3 years of often changing webhosts. He didn't want to see the website site die, so he redesigned the website and paid all expenses out of his pocket. The greatest improvement was the change from a webpage based technical section to implementing a forum. This allowed almost real-time responses to questions that people had regarding their GS's. Other new site additions included the Photo Gallery and the User Registration database.

It was at this time that Dan Bard volunteered to help with content on the website. He had experience in writing articles for various magazines and he helped Frank in making some of the decisions regarding the website. One big decision was whether to move from a advertiser supported website to a visitor supported one. Dan didn't think that visitors would be willing to pay to keep the website running while Frank thought otherwise. The decision was made to try it out. So we eliminated all the banner ads and it ended up working out even better than expected.

At about this time Mark Nemetz contacted Frank about helping with the website. We had a Bike of the Month section but it was a random kind of thing. Mark agreed to take that task over and he implemented the popular “Cover Photo of the Month” feature.

Today, The GSResources continues as a visitor supported website that is the most popular GS website on the Internet.